Mom had an appointment up at Bay Pines today.  So while I was waiting I did a little sketching.
Posted by Okami at 7:45 PM 1 comments

I purchased this pot in September from a local pottery cooperative in Homosassa, Florida.  I've painted it before but I don't know if I posted it.
Posted by Okami at 10:04 AM 2 comments

I haven't been completely idle

I have finally finished that painting of the orchids that I began some weeks ago.  The pot that the plant is in did not come out exactly as I envisioned, but that's ok.  I'm pleased with the result in general. 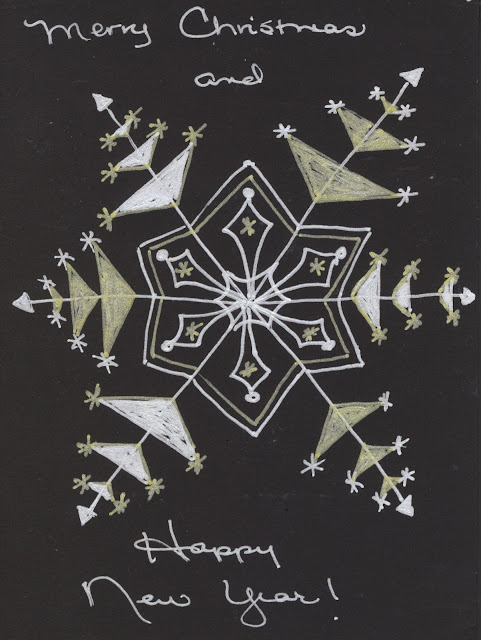 It's just me and the Akita crew for Christmas this year.  Mom will come over for dinner tomorrow, but G has gone to visit his mom and his sister's family for the holiday.  Hope to use the time to play, draw, paint, read, nap - whatever!! 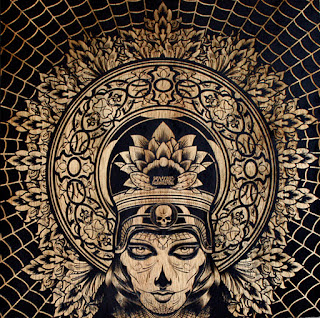 When I first began learning to do Zentangle® I would explore the web, Flickr especially, looking at other peoples designs and trying to find the tangle patterns that I really liked. I also looked for images that contained patterns that I thought might be good tangle and saved them to my hard-drive. Later, I printed many of them, two to an 8-1/2" x 11" page and created two Circa notebooks.  One filled with named patterns and the other filled with images.

Above is one of the images that I found, which really has a ton of designs incorporated into it that would be lovely tangle patterns. (Unfortunately, I did not make a note of the source of this image, so if anyone recognizes it, please tell me so that I may credit it.)

One piece that I began playing with is the "leaf" design around the outer edge.

But I really just never did anything "official" with it in the tangle world.  Then last week I was playing with my new Sakura Gel pens and posted this. 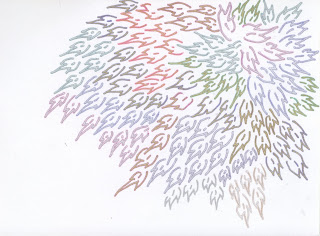 I received a number of comments on this and was asked if I had introduced this "tangle". Well, let's see if I can. 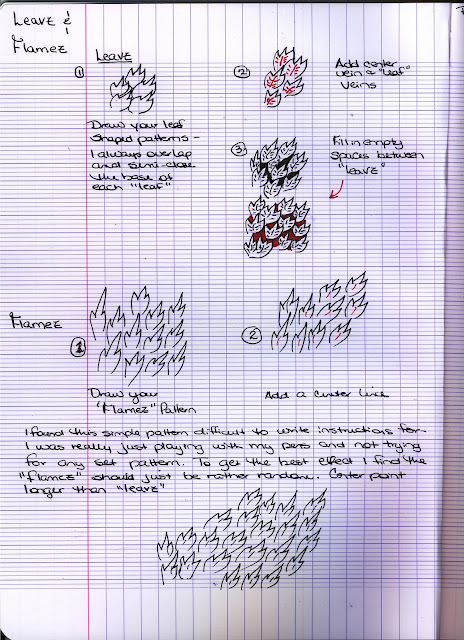 Lastly, let me give credit where credit is due - although I came up with the name Leavz - the name Flamez was suggested by LaceFairy1, so I take no credit.  I also hope that neither of these names has been previously used - I did not find either on Tanglepatterns.com.  If either design is too similar to something already done, please let me know.
Posted by Okami at 10:52 AM 4 comments

This is really more of a test of the Sakura Gelly Roll pens that I wrote about yesterday.  I wanted to see how the colors with gold and silver worked on black paper.  As you can see, they didn't.

On black paper the colors are overwhelmed by the underlying gold or silver, but that's okay because they work very well on white. Like all of the Gelly Roll glittery pens, you really cannot appreciate these in a picture, they are much more sumptuous in person.

Yesterday, Sandra, over at Life Imitates Doodles, shared a link to a site which explained how to make Japanese Paper Flowers so I thought that I would give it a try.

Not sure what I'll do with it yet, but there it is.

I truly intended to do another piece for Tammy's rainbow over at Daisy Yellow, but my new gel pens arrived from JetPens yesterday and I couldn't resist.  I already have two sets - Sakura's Gelly Roll Stardust pens in Galaxy and Meteor. In the process, I did some tangling on black paper and so needed some new white pens.  In addition to the white pens I ended up with some more Sakura gel pens - Gelly Roll Gold and Gelly Roll Silver.  I can't wait to see what these look like on black paper.
Posted by Okami at 4:43 PM 1 comments

I don't think I can add much - it's yellow.
hand*book journal Bic Mark*it Fine Point
Posted by Okami at 4:12 PM 5 comments 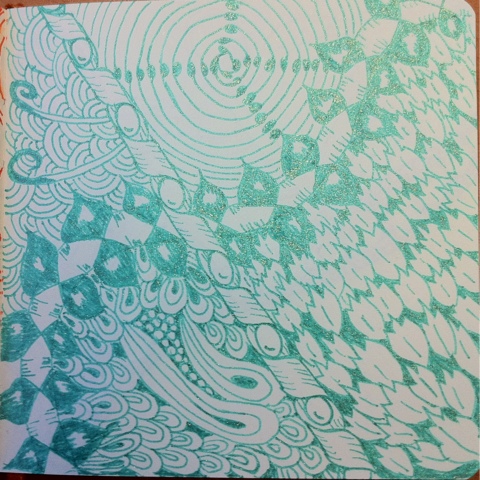 30 Days of Drawing #4 (inspiration and a work in progress)

So, after a few days of Zentangle I decided that I really wanted to pick up my paint brushes and tackle my watercolor practice.

My sweet brought home a lovely orchid for me and I really want to try to capture it. 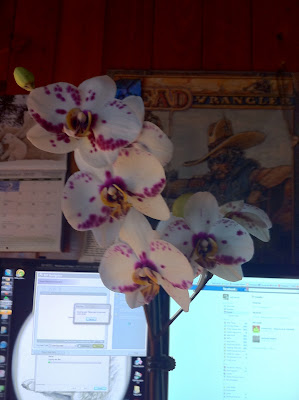 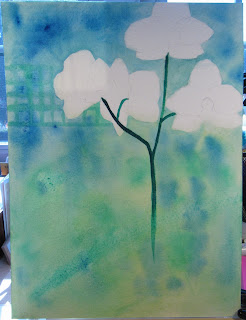 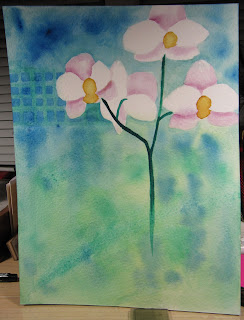 Ok - this one is serving triple duty - 1) #3 in 30 Days of Drawing with Traci Bunkers; 2) Orange for Tammy at Daisy Yellow who is Building a Rainbow and 3) I am the Diva CZT's weekly Zentangle challenge, in which I have not participated in a while.  This is weekly challenge #50, "Biggify".  It may be a little difficult to see it here, but I guaranteed that I did not do this in the normal small fine way by using a Tombow Dual Brush pen. The paper is hand*book sqaure journal which measures 5-1/2" by 5-1/2".
Posted by Okami at 2:47 PM 7 comments

I did this one to include in Tammy's Building a Rainbow over at Daisy Yellow.
Posted by Okami at 3:40 PM 3 comments

YAY!!  Blogger seems to be working again, though now BlogPress on my iPad is not.  Ah, technology.

I do wish that these Gelly Roll StarDust pens scanned better, they are very, very glittery. (hmm, is glittery a word?).

Anyway Traci Bunkers is doing 30 Days of Drawing over on her blog, so I thought that I would join in, especially since Art Every Day Month was a total failure.
Posted by Okami at 9:24 AM 1 comments

Please visit my other blog: